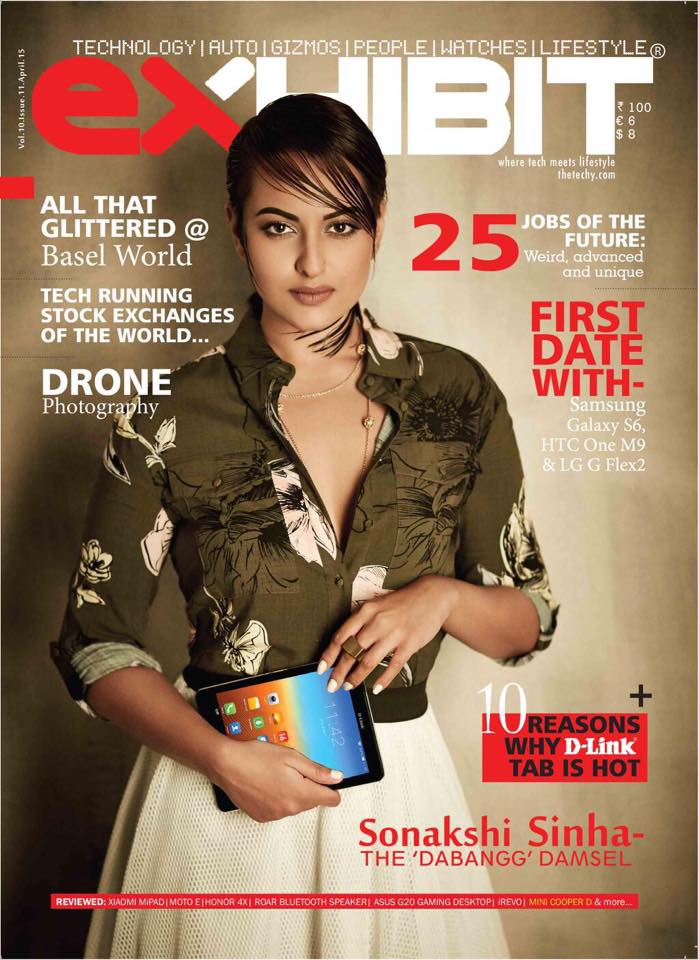 Bollywood actress Sonakshi Sinha featured on the cover of the latest issue of a business magazine.

The “Dabaang” actress looks classic on the front page of the April issue of Exhibit magazine, which covers technology, automobiles and lifestyle, among other topics.

The actress wears a floral dress and completed her elegant corporate look with a new hairstyle. She is holding a tablet in the cover photo of the magazine, which has a special article on her titled “Sonakshi Sinha – The Lady ‘Dabaang'”.

Sonakshi also posted more photos from the magazine’s photoshoot on her official Facebook page, and she looks stylish in white and black and white floral dresses.

The actress recently appeared on the cover of The Hindu’s Bridal magazine (March issue).

Sonakshi, who was last seen in Arjun Kapoor’s “Tevar”, will next be seen in AR Murugadoss’ “Akira”. In the upcoming emotional thriller, the “Lingaa” actress is reportedly seen performing mind-blowing action sequences for the first time.

Meanwhile, the “R … Rajkumar” actress is also set to make her television debut as a judge in the upcoming season of the popular musical reality show “Indian Idol Junior”.