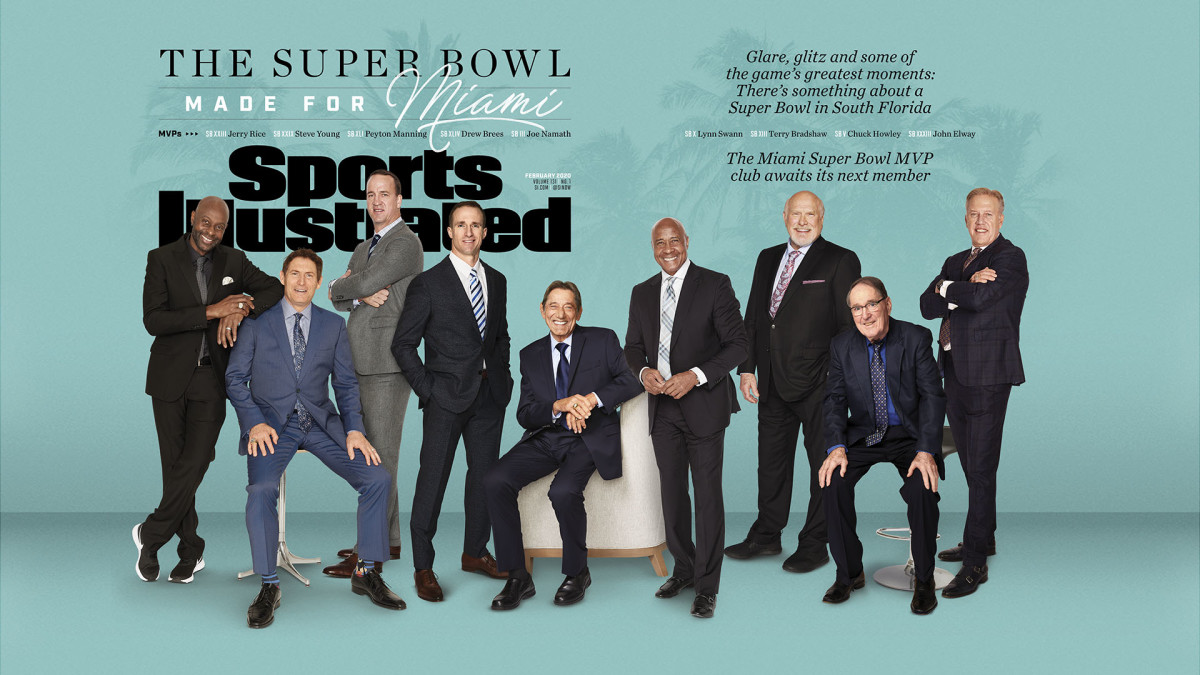 The world has changed over the past half century. How does that give a breathtaking historical and cultural insight? As obvious as it is, it’s always fun to take stock of evolution. Especially since we have been thinking a lot here lately about what this magazine and this brand have been and where they are going.

Take the January 20, 1969 issue of Illustrated sports. Joe Namath on the cover, following the Jets’ epic upset against the Baltimore Colts in Super Bowl III. The history of the game by Tex Maule, with hipster references from the era to the jet age and swinging nights on the town. Word housewife in the title of another story. An automobile ad touting power windows as a technological leap that will ease the physical burden of tucking into a mailbox and sending a letter.

This particular issue of SI came about as we conceptualized the cover of our latest magazine issue: the February issue, released today, features a grouping of the nine living MVPs of Super Bowls played in Miami, including Namath. In some ways, South Florida is the unofficial home of the Super Bowl; this year’s game, at Hard Rock Stadium, is Miami’s 11th, more than any other host city. It was the scene of some of the most Super Bowl moments (the guarantee of Broadway Joe, the taking of Swann, the driving of Montana) and some of the strangest. As Michael Rosenberg shows in his cover story, the Super Bowl’s growth from football curiosity to the de facto national day can be traced quite clearly through the games played in South Florida, from Super Bowl II to LIV. .

This push-pull between the past and the future resonates particularly at this time for SI. We are entering a new chapter in the brand’s 66-year history: this is our first issue as a monthly magazine. Things have changed since Namath’s Super Bowl coverage. Maule’s story was full of game and game-by-game details, the kind of information that is stale seconds after the final whistle, much less days or weeks later when a magazine is read. The new SI is no longer a vessel for news and recap. It’s an invitation to relax and enjoy thoughtful writing and beautiful imagery – you’ll find them both in Rosenberg’s story and in everyone around him in the February issue.

There is a place in the SI universe – a huge place – for breaking news and timely coverage. You get it on SI.com, on SI social networks and with our expanding network of local team sites. It’s the new IS, the growing digital reach and the direction to go with a premium magazine.

As for the magazine, you’ll see 16 issues in 2020, including the Swimsuit Issue and standalone premieres focused on football, NBA, baseball and the Olympics. You will see thicker, shinier paper that showcases our branded photographs. And you’ll see pages full of stories that have been synonymous with SI since 1954: in-depth reporting, in-depth profiles, in-depth investigative journalism, produced by the best writers in the business. These stories will also air on our digital channels with additional video content, along with many other digital-only features that match the storytelling and journalism found in the magazine.

Like the Super Bowl, Illustrated sports is a living, breathing and evolving institution – always building and growing beyond what it was before. Thank you for being a part of this story, and please let us know what you think of the new SI.

Letter from the Editor: Welcome to the Future of 5G (Someday)