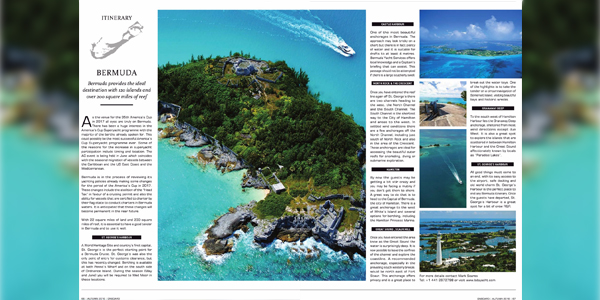 Bermuda yachting opportunities were recently highlighted in two separate publications, including the Fall 2016 edition of “On Board” and the October 2016 edition of “Triton”, with one of the articles written by Mark Soares of Bermuda Yacht Services. .

â€œSome of the reasons for the increase in superyacht participation include timing and location. The AC event takes place in June, coinciding with the seasonal migration of ships between the Caribbean and the US east coast and the Mediterranean.

Bermuda is in the process of reviewing its yachting policies, already making some changes for the America’s Cup period in 2017. These changes include the removal of the ‘Entrance Tax’ in favor of a boating license. cruising and also the capacity for ships that are certified to charter by their flag state to conduct charters in Bermuda waters.

â€œIt is expected that these changes will become permanent in the near future. With 22 square miles of land and 200 square miles of reef, having a good dinghy in Bermuda and using it well is essential.

Screenshots of the Fall 2016 edition of â€œOn Boardâ€: 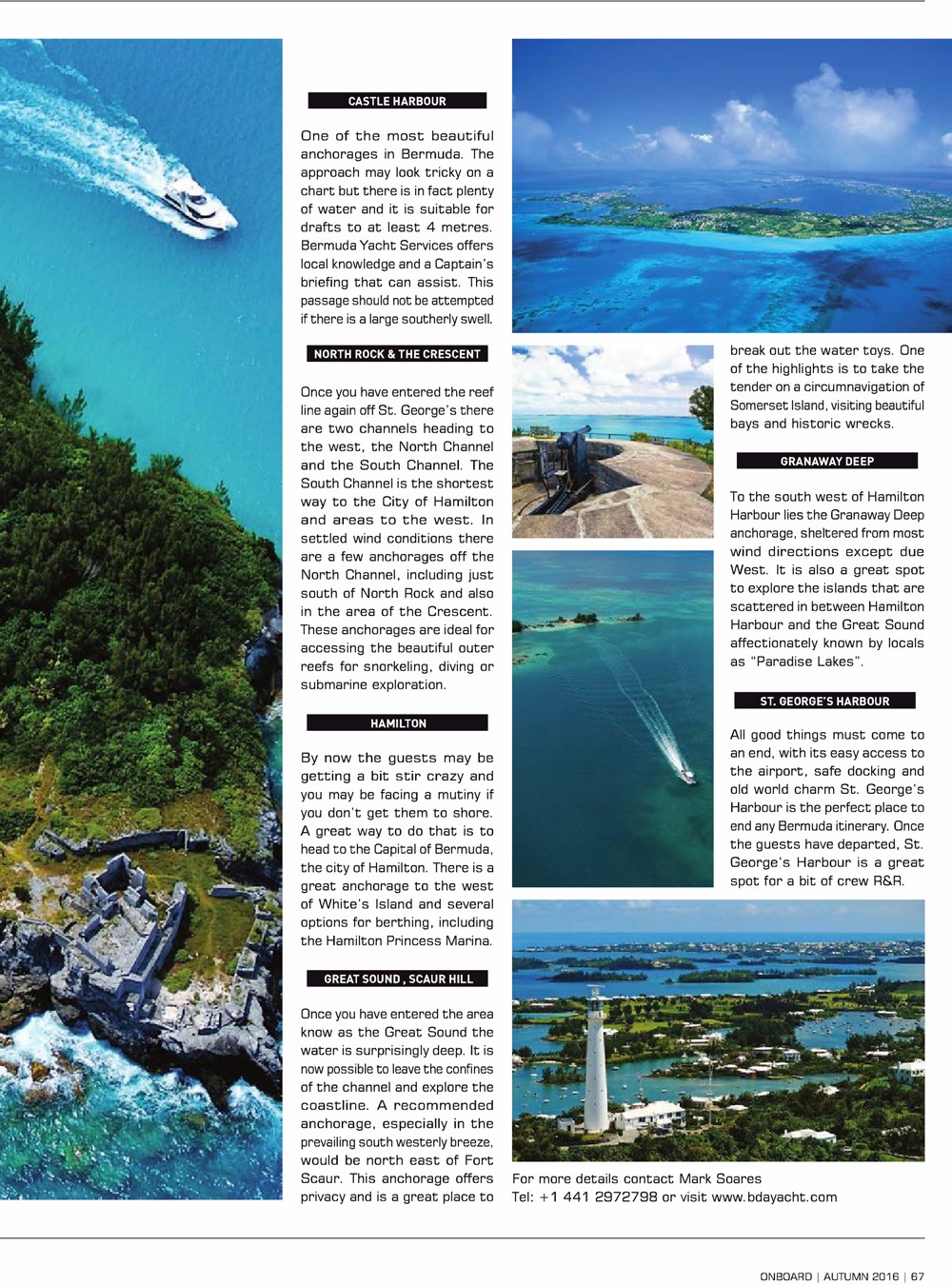 Screenshots from the October 2016 issue of ‘Triton’: 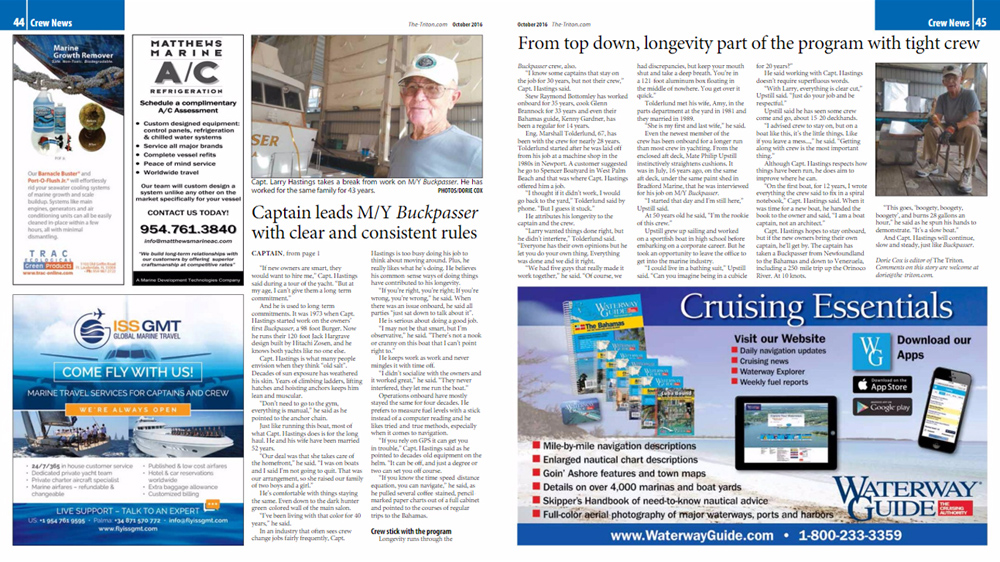 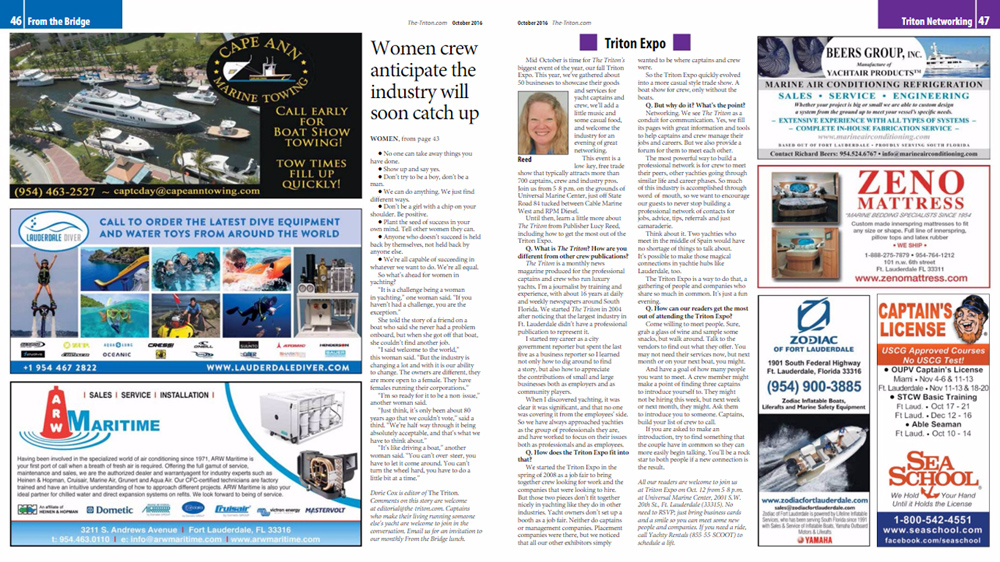